Showing posts from March, 2019
Show All

March 17, 2019
As an attachment parented child, when my child began daycare in October 2018 at, I was prepared to spend several weeks helping him transition to being at an early childcare centre away from his primary caregiver, me his Mum.   Having a Playcentre ECE history and being securely attached, this transition took about 2 hours.     I was at the centre long enough to observe the centre’s practice of Christian prayer in te reo, including the leading teacher demonstrating clasping hands in prayer, before meals.   I raised this, first with a teacher, then the receptionist and had a discussion and meeting with the manager.   During this meeting I explained our family’s belief, that we are atheists and felt prayer was inappropriate in our majority-secular and multi-denomination society [1] .   The manager informed me that I should have asked before enrolling my child and the karakia was part of her Maōri culture.  We had a discussion around traditional karakia and the impositio
Post a Comment
Read more

The Violence of New Zealand Culture. 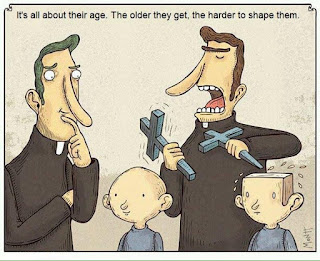 New Zealand has some of the highest family violence and child abuse rates among comparable countries and we top the lists of suicide and bullying statistics too.   Family and whānau violence is a scourge on New Zealand society and it infiltrates every sector, every strata of society.   Police, women’s refuges and coal face workers struggle with the reality of a nation that is violent in thought, word and deed.   In 2016, Police attended about 105,000 family violence incidents and another estimated eighty percent are not reported.   Children are present at about eighty percent of family violence incidents between adults and there were 11,286 substantiated findings of child abuse in the twelve months ending in March 2017.   Researches and politicians struggle to increase public awareness of the depth of the problem and how serious it is.   The problem of sibling violence is an area of family violence that is under-researched and potentially one of the most pervasive forms.
1 comment
Read more
More posts